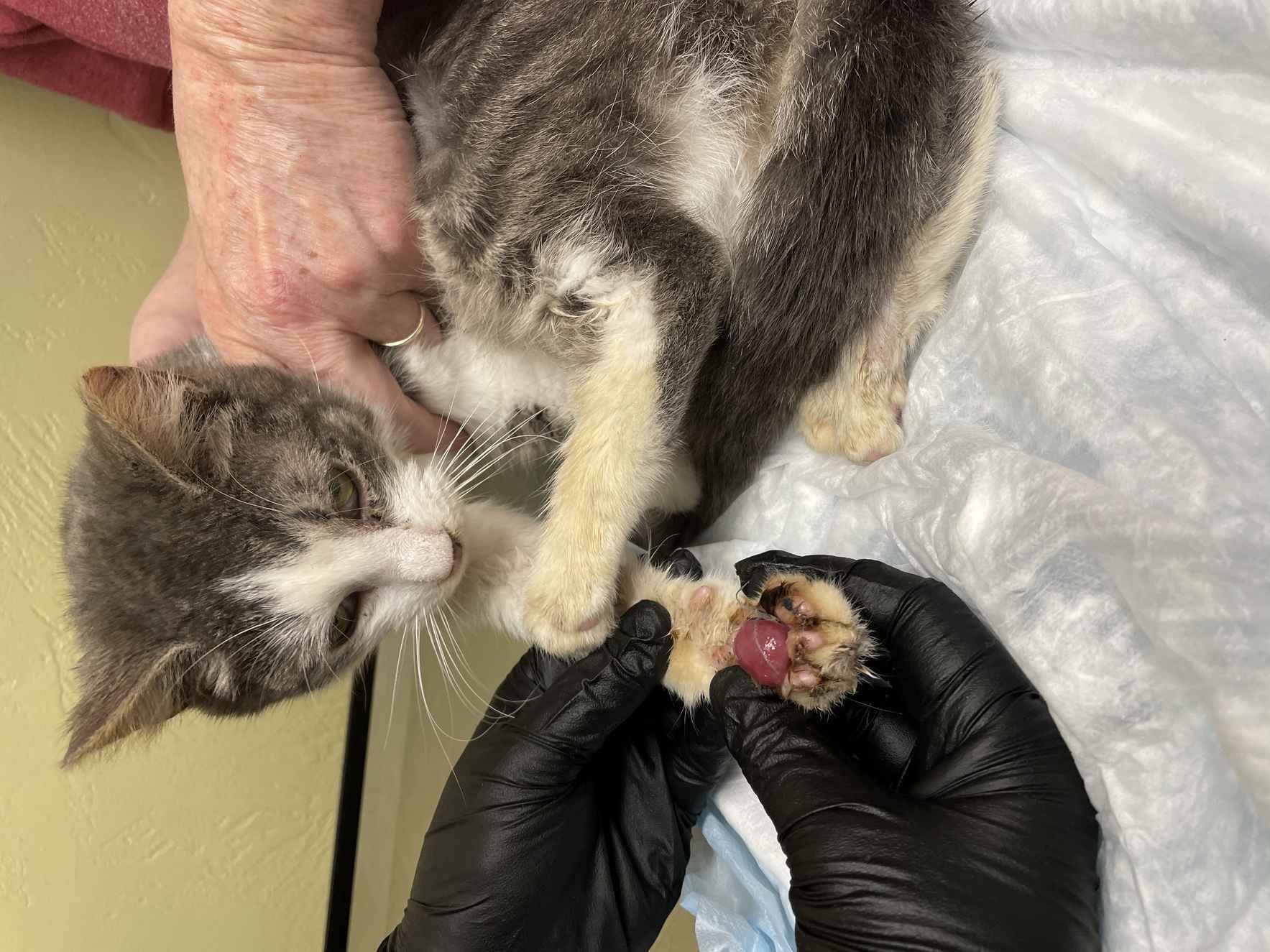 A woman walking along a boat launch saw a large plastic storage tub, and inside she could see something moving around. She opened the lid, and was surprised to find someone had put a small cat inside, along with a towel and a baggie of food that was sealed.

Then, she saw his paws.

The pads were hugely swollen, like balloons. They were so swollen, in fact, that at first she thought his paws had been amputated entirely. Then, after a closer look, it appeared as if the paws had been burned in a fire.

Even though PAWSGH was full, we knew we couldn't turn this little guy away.

So, our team sprang into action. As soon as the cat arrived (now christened "Boxy"), our Animal Director and her assistants began his examination and preliminary treatment. Boxy seemed to be about two years old, severely malnourished and dehydrated, and with a very lively case of ear mites in both ears. 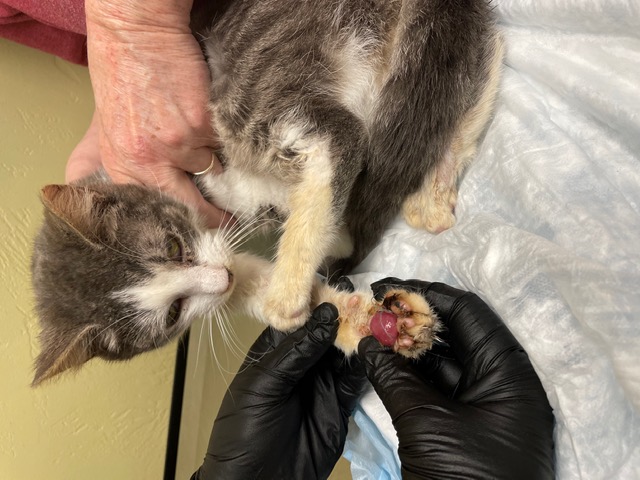 We treated him for those immediate needs, but his paws would require urgent veterinary attention.

Everyone at PAWSGH (and the community of people who were following Boxy's story via social media) were nervously waiting to hear what was going to happen next.

In addition to antibiotics, Boxy is going to be on some very powerful meds for a few months to help his paws heal.

As well, those meds will lower his immune system's ability to fight off other infections, so Boxy has to be kept away from other cats who could inadvertently make him sick with another illness.

Throughout it all, Boxy has been the absolute sweetest, most good-natured, and brave little kitty. He loves people and anyone willing to pet or scratch him immediately is rewarded with some extremely LOUD purring and head-butting from the little guy.

Boxy also needs to be neutered, but that will have to wait until his course of meds is done.

Fortunately, Boxy can stay at PAWSGH for as long as he needs to heal. We'll give him love and attention and the best care he could hope for while he is convalescing. Once he is all better, we will work on finding him the best possible forever home, where he will be loved and cared for by a very lucky human.

All of this is not free. In fact, between the vet and the meds and how long Boxy is going to be in our care, this is going to get pretty expensive. We are predicting it will cost $3,000 just to get him ready to be adoptable.

Please, won't you help us care for brave little Boxy while he is on the long journey to a full recovery? Any gift will greatly help. 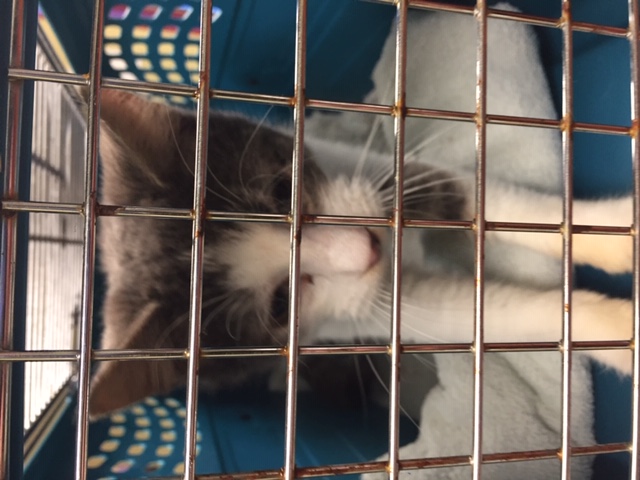